Maybe this isn't a fluke. 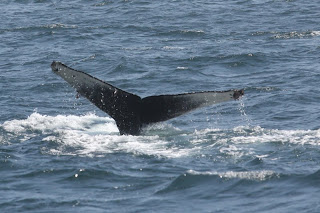 Was submitting my two manuscripts to Wild Rose Press, a fledgling and aggressive publisher, and consequently getting published a fluke?
Fluke can mean a stroke of luck, or it can mean the lobe of a whale's tail. For my purposes, I mean the former definition, although the latter makes for a better picture.

Would I just be a very small blip on the publishing screen of....er...the world? I mean, my goal since a kid was to be published. I succeeded. And as happens a lot of times when we've dreamed and dreamed for something to happen, and then it finally becomes a reality, we, like Inigo Montoya (from the Princess Bride, one of my favorite movies) feel a little out of sorts.
Inigo has finally accomplished the goal he has had since HE was a child - avenging his father's death. He says to Westley, "You know, it's very strange -- I have been in the revenge business so long, now that it's over, I don't know what to do with the rest of my life."
And, oh, that wonderful, wise Westley replies, "Have you ever considered piracy? You'd make a wonderful Dread Pirate Roberts."

Well, it isn't exactly like that for me. For one thing I'm not Mandy Pantinkin. And secondly, this goal of being published has always been the hobby. I wrote stories for fun and as a reward for getting school work done, and later on for getting work work done. And I did all the real life things while Inigo was just getting better at sword fighting. I went to college and seminary, got married, had children - all those real life kinds of wonderful things.

And in the midst of it, something very unexpected and wonderful happened. While I was working on the dream of being published, the real life kind of thing took wings, too. But it took getting rejected by Silhouette - and the phone call from a dear friend - to make me realize it.

I sent in The Jinx and was rejected. When I called and told my friend Tara about it, she wasn't home, so I left a message - poured out my huge disappointment on her answering machine. Then I went on with my day. While I was out, she called me back and said, "You write for God."

She said some other things, but that one sentence is what I remember. And I kept that message on my machine for months until the electricity blinked off and erased all my messages. But the truth of Tara's statement hit me in just the right place.

Every Sunday when I preached and every week when I prepared that sermon I was writing for God. And, really, could I have a higher writing gig than that? Absolutely not. So, the dream of being published was still important, but it also became relative. If I ever became published, that would be wonderful, but if I didn't that would be okay, too, because I was using the gift and passion I had for writing in the very best way I possibly could - glorifying God.

I had these two books published, so my goal had been obtained. Was it greedy to want more? Sometimes I think so. But I did have this other story I was working on. And I thought it was pretty good. And why not submit it since it was finished anyway, right?

On the advice of an author colleague, I submitted to another publisher, and 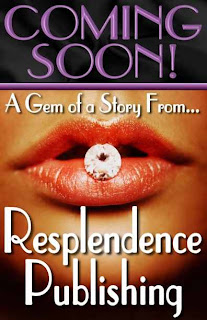 YAY! They offered me a contract! So maybe being published isn't a fluke. Maybe my books are worth reading. I've claimed they're pure fluff. But, you know, fluff isn't a bad way to spend an afternoon.

If you want to know more about the book Resplendence Publishing has contracted with me, go to my website

We're early in the process, but I already have a release date: April 13, 2010. How awesome is that?!
Posted by Jennifer Johnson at 4:44 PM
Newer Post Older Post Home