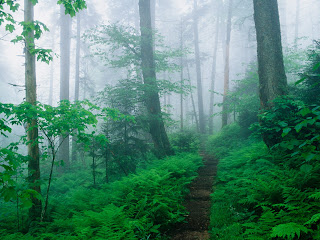 I've discovered a haven on my front porch which happens only early in the morning. I live in "the city" not a big city, but I live close enough to downtown that I can walk to it. I can walk a little further to the Ohio River. I also live within walking distance of a Kroger, a Big Lots, several gas stations, liquor stores, fast cash places, and lest you think I live in the Ghetto, I can also walk to several trendy art galleries and a children's clothing store called "The Pink Pineapple." You know THAT store is classy.

But living within walking distance of all these convenient places also means at times Kroger shopping cards end up in the neighborhood. In fact, one rolled down the hill and is resting on the curb next to my yard. It sits there like an eyesore mocking me with its trashy demonstration of neighborliness. I suppose I will attempt to put it in my van and take it back to its rightful owner sloughing off the judgmental stares of those who watch me unload it. I will resist the urge to say in an offensive tone, "I didn't take it!"

The shopping cart messes up my early morning haven, so does Midnight Rose, our cat who got kicked out of the house yesterday for peeing in secret places because the litter box wasn't suiting her anymore. She sits at the neighbor's porch and stares at me. I can't tell whether she is confused or plotting revenge. More on her later.

There is a heavy mist out this morning. Layers of bird songs and the whispering breeze make me think of being in the forest in Africa (yes, I have been there. Isn't that cool?) When I close my eyes shutting out the Kroger cart, the offended cat, and the houses surrounding me, it feels like I'm in the wilderness-but in a good way. I'm in this comfortable place before the world wakes up good, get in their cars, and drown out the nature sounds.

I love these peaceful early moments. Gradually the morning vanishes, and now it is day. I pick up my empty coffee cup and my book which sat in my lap mostly unread and go back inside to take a shower.
Posted by Jennifer Johnson at 5:45 AM
Newer Post Older Post Home