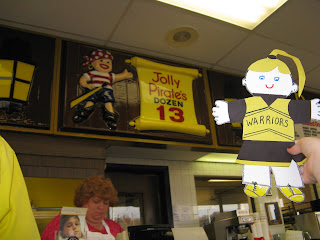 Meet Flat Camryn. She's the one on the right.

She is a representation of my second cousin. She was sent to my daughter from her second cousin once removed.

Well, I don't know if that is exactly accurate, but basically what we're supposed to do is take Flat Camryn to different places and take pictures of her then send Flat Camryn and the pictures back, so this second cousin's class can see how very interesting it is to be her second cousin once removed.

They got the idea from this book who has a character in it named Flat Stanley. I think a book shelf fell on him, and it was very tragic, but it didn't kill him-only flattened him. He figured out he could save a lot of money on air fare if he mailed himself different places. Apparently, if you're flat, you can do that.

So, we took Flat Camryn to our spa day. We had our nails done and hair cut and styled. While we did this, Flat Camryn did this: 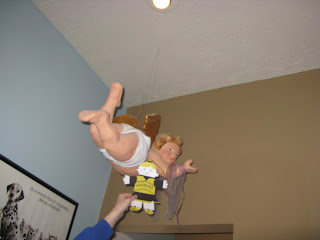 (hung out with some goofy cherubim suspended from the ceiling). Not sure what the spa people were going for here as far as atmosphere, but Flat Camryn loved it! After leaving the spa, we realized Flat Camryn had also gotten a hair cut. Her pony tail was gone! So, before our adventures ended, we made her a new one (not yet determined at the writing of this blog however).

We also went to see a movie, and to various state lines. And, I learned a little something, like I live pretty close to... 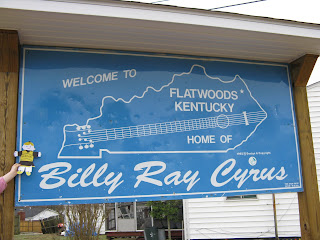 Well, okay, I did know that.

I tried to act like the visitors bureau and point out the different places of interest like this one only blocks away from where we live. 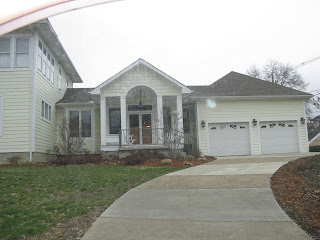 I can't tell you who lives here, but she has some famous family members. And one time I did see one of those family members on the front porch talking to granny. And I will tell you this. She's a lot thinner in person, so I guess it is true what they say, T.V. does make you look 40 pounds heavier. Or what it 25?

As soon as I can get Flat Camryn some new hair, we're sticking her in an envelope with the pictures and doing a little P.R. for the Bluegrass State.
Posted by Jennifer Johnson at 10:31 AM
Newer Post Older Post Home