Mr. Green, the principal left his automated message-the school is closed once again. Yes. The kids have been out of school ALL WEEK LONG!! The snow is no longer fun. Because it's wet and extremely cold. If I knew where that Mr. Green lived, I'd scrape off the four freakin' inches of ice and snow off of the van, and take the kids over there. I mean, he's an educator. I know he is as anxious to teach little kids as I am to have anybody else teach them...anything.

Did I mention the kids have been home with me for five days??!!

And what have I learned from all this? Well, it's been quite interesting, if you've read the comments from the last blog. Take this guy... 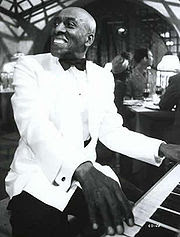 He was in the movie The Shining. And he was a good guy, tragically. The Shining is based on a Stephen King book, so you know for some characters bad things happen. For the guy pictured here, that was the case. Thanks to my brother who provided the actor's name - Scatman Crothers. Now, I saw that movie many times when I was in jr. high school. Did the blood flood scare me? Eh. Did the kid spelling "murder" backwards scare me? So-so. Did Jack Nicholson chopping through the bathroom door with an ax while Shelley Duvall screamed and shivered with her big ol' butcher knife? Getting there. For me, the scariest scene is when Shelley finds Jack's typed manuscript. It is the same sentence over and over. AAAAAAAAAHHHH!! He's crazy!!! He's got writer's block!!!! Get out! Get out! 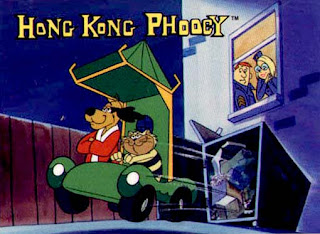 (as he provided the voice for this beloved super hero).

But, wait! He's Hong Kong Phooey (sort of). He can't get killed by a maniacal killer who is suffering from writer's block! Hurry, Scatman! Jump in your filing cabinet! Put on your dog suit! Drive out of the dumpster in your cool car!!

I can't bear to think about Hong Kong Phooey coming to such a tragic end.

On a positive note, the crazy guy can't find his way out of the labyrinth and Hong Kong Phooey left the snow machine...er...big thingy, so that Shelley Duvall can shiver in another movie and that kid could play G. Gordon Liddy before entering the "Where are they Now?" Hall of...Who?

And so what is the scariest thing about us being snowed in??!! We're out of toilet paper. Yes, I have all the freakin' milk and bread I need. But we are down to the last roll of Cottonelle.

So, I am adding a new staple to my snow list.
Milk
Bread
Toilet Paper